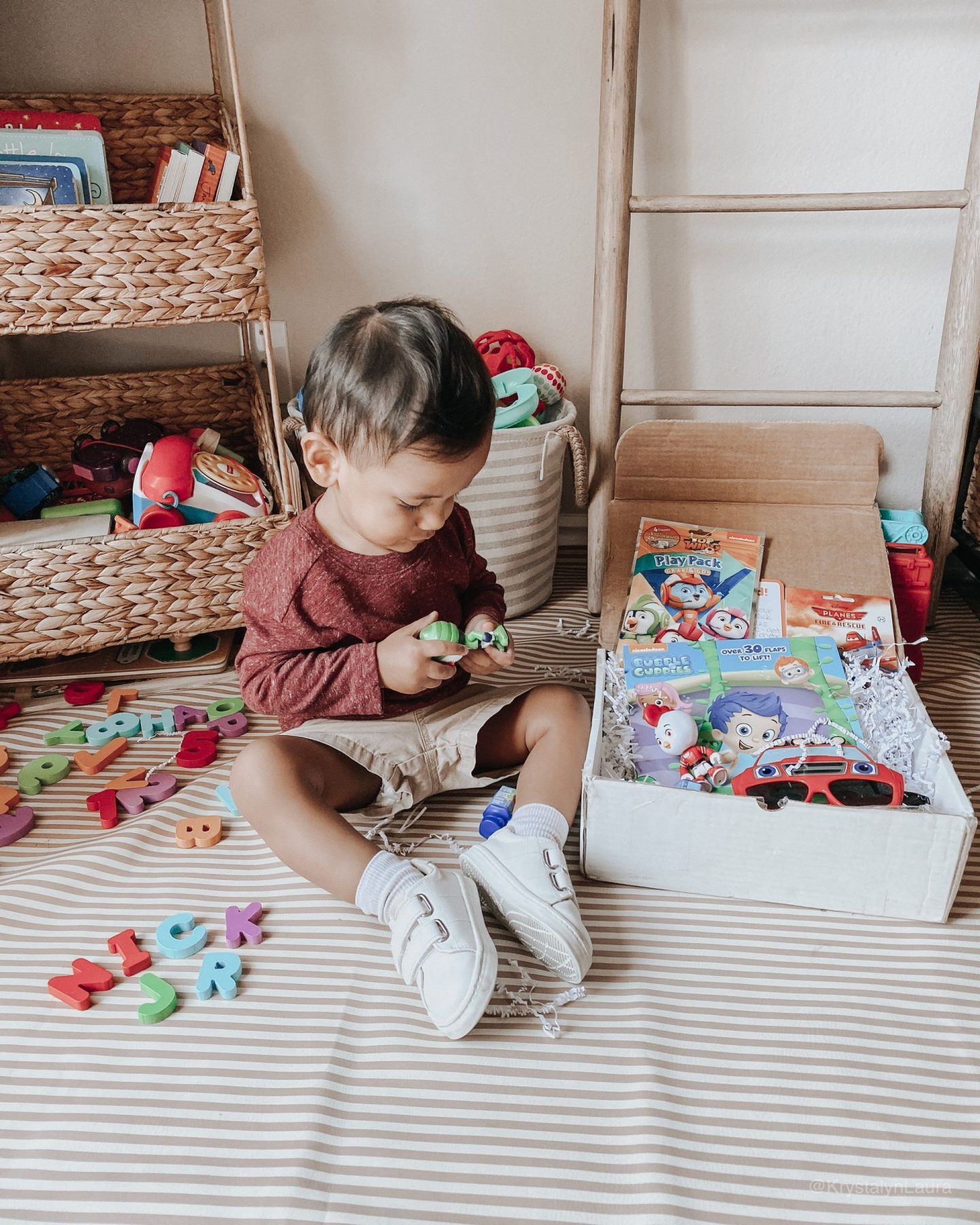 This blog post was sponsored by Nick Jr. Live! All thoughts and reviews are my own.

Over the weekend, we were gifted the VIP experience for the Nick Jr. Live! showing at The Dolby Theatre and Auggie had so much fun! It’s a musical spectacular featuring many Nick Jr. favorites, including Bubble Guppies, Dora the Explorer, Blue’s Clues, Shimmer and Shine, and PAW Patrol Marshall and Rubble.

Auggie was dancing, clapping his hands, and pointing to the characters on stage. It was so freaking cute. He just loves music so much, and it melts my heart! The best part was his reaction when he saw Blaze come out on stage!

During intermission, we walked around in front of the stage to play with other children who were just as excited to be at the show. I was able to capture this picture of him laughing while watching a few other children singing and running around.

After the show, you are able to take photos with different pop-ups they have set up. We went to a VIP lounge area and were escorted to the VIP meet and greet experience. There, we got to meet Dora and Rubble!

Auggie laughed while giving Rubble a high five haha but he was also a little scared at the life-size costume. The VIP room had lots of interactive sections too: an area with blocks, an area with Nick Jr. toys, a Blaze photo opp, a floor keyboard that kids could walk on (I didn’t get to take a picture though), and a photo display to measure how tall you are.

If you are interested in attending a Nick Jr. Live! show, the upcoming shows in California are in: Riverside (October 8-9) and Sacramento (October 12-13). You can still buy tickets here.

Let me know who are the favorite Nick Jr. characters in your family in the comments below! Or if you went, how did you like it?