This blog post was sponsored by Amazon. All thoughts and reviews are my own.

We have been so busy with travels this month and it felt like Halloween just quickly crept up on us! Luckily, we had supplies around the house to whip up some fun costume ideas. I love a good DIY project, especially DIY costumes. Keep on reading for a few boxtume ideas using Amazon boxes!

Creating dice is such a classic costume and super easy to make! It took me about 30 minutes together (like I said, really easy to make if you’re pressed for time). I used a small box from Amazon and covered it white paper (I used printer paper). You could also paint it white, or even use white butcher paper.

Then, I cut out black circles for the die dots using construction paper. To add texture, you could even use felt! If you didn’t know — the opposite sides of a die equals seven, so if one side has 1 dot, then it’s opposite side will have 6 dots. Isn’t that cool? You can easily add string, rope, or your choice of fabric to create suspenders so that you/your child can sling it. I also dressed Auggie in all black to make the die pop out more.

The house from Up

This one took a bit longer, about 1 hour total. I used the same size Amazon box that I did for the dice, but because I mainly used it as a prop, I only decorated one side of the house for photos. Otherwise, it would have probably taken me two to three hours to recreate the house from the movie Up.

Last year, Auggie dressed as Russell for Halloween and luckily he’s able to fit into majority of the outfit! You can find out how I created his costume here. For the house, I used construction paper, a box cutter, tape, and sharpie markers.

The house was a bit more tedious. Using one of the leftover flap pieces, I created a small box. Then, I used my box cutter to cut out a triangular top on one end and it’s respectively opposite end. Using another leftover flap piece, I folded it to place on top of the yellow-covered box. I taped everything altogether, although a hot glue gun would’ve been really handy.

I still had a little leftover flap piece, so I cut out a small rectangle for the front door. The windows were drawn using sharpie markers. For the roof, I took a long flap piece and folded it to go on top of the box.

Coco has been playing on repeat in our home since Auggie was an infant, until we were finally able to play other movies when we was 14 months old, and he wouldn’t throw a tantrum. If you’re really pressed for time on creating something, you can always buy this piñata that could represent an alebrije “a spirit animal”. I dressed up Auggie as Miguel, got him the guitar on Amazon, and the piñata is Dante.

If we’re not watching Coco or another animated movie, we are watching Jumangi: Welcome To The Jungle. With our largest Amazon box, I created a very simple Jeep in about 2 hours, using black construction paper, white card stock, a black sharpie, a box cutter, and tape.

First, I taped the bottom shut so that Auggie could sit inside it. Then, I cut out three of the top flaps to use as scraps. I basically winged while making the entire “car” and added small details wherever I saw fit, such as the wheels and the word “jeep” on the front. I also placed one of our couch pillows inside to make it more comfortable for Auggie.

Then, I channelled in some The Rock vibes and dressed him up in his Patagonia jacket and some glasses. Also bribed him with a couple crackers for the photo haha

Hopefully these few ideas help and that you all have a wonderful, and safe Halloween evening! Let me know what you guys think in the comments below. What are your plans for tonight? Did you DIY or did you buy your kids’ costumes? What are some other boxtume ideas do you guys have? Let me know. 🙂 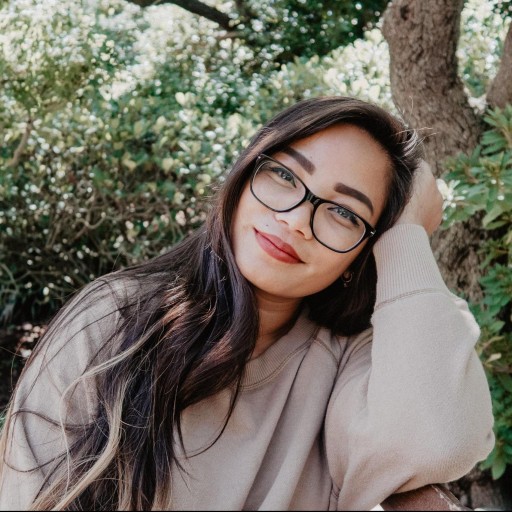